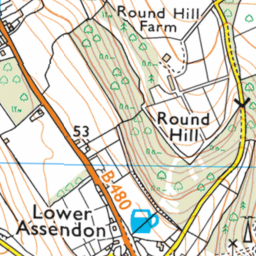 Vehicle Nissan Terrano Reg N692PUD left in lay-bye at RG9 6AL as marked, in Lower Assendon by B480. Ownership not known to neighbours who have asked for it to be reported. Checked already with Police who say it is not "a vehicle of interest to them" hence a matter for Local Authority. Present 24/7 and estimated to have been there for 3 to 4 weeks.