Reported via iOS in the Flytipping category anonymously at 20:52, Mon 22 August 2016 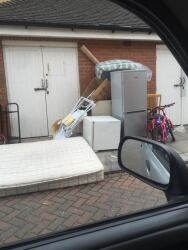 All large rubbish items have for some reason been taken out of the bin shed and left in the street. Very dangerous for children playing outside