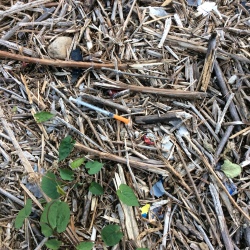 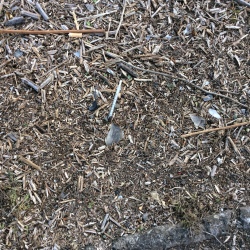 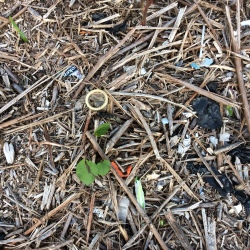 This area is being used for drug users disposing of there syringes and condoms this has been going on for over 12months this area has been cleared of brambles but has not deterred the users ,in school time children pass this area approx 20 pupils my concern is that 1 might stumble into the area or pick 1 up not thinking of the consequences which could be devastating for a family