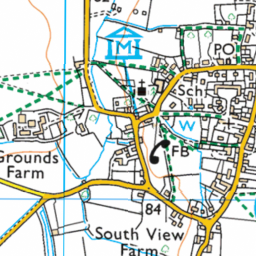 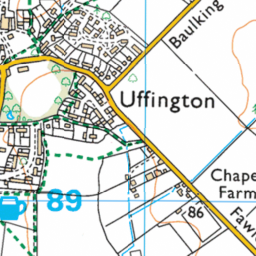 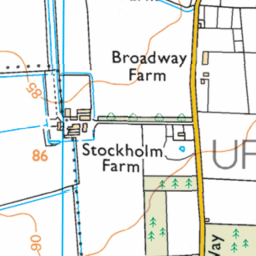 May I politely point out that what is wrong is that I cannot find an email address to send you photographs that will convince you this is an urgent matter. I contacted the Council before Christmas, but nothing has been done. There follows my email, but I am having difficulty attaching pictures. It would be so much easier if I could send you an email in the normal way.. Dear Sirs

I contacted your department in the Autumn of 2014 to report a problem with a tree in Partrick’s Orchard, Uffington SN7. Nothing was done. There is a further problem with a second tree, and I must now insist that something is done urgently on the basis of safety.

The first five pictures attached show the tree that was my original concern. As you will note, the branches hang low, and so far over the pathway, that it is impossible to use the pathway. Further, because the tree has not been managed, there is a hazard to people and vehicles because the sight line below the trees has been obscured. I fear a serious accident involving a vehicle coming from Patrick’s Orchard to the High Street.

The final pictures are of a second tree that is overhanging my property, and which will cause serious damage to expensive ventilation equipment if something is not done about the overhanging branches before the leaves fall.

These are NOT indigenous trees, but were planted by The Housing Association (now Sovereign Vale), when Patrick’s Orchard was developed, I believe in the 1970’s. They will not manage the maintenance of the roads, footpath, or trees, since they are quite clear the responsibility for this first section of Patrick’s Orchard devolved to OCC some years ago.

While you are investigating this matter, please will your department also address the poor state of the footpaths in many parts of the village of Uffington. We had B&B guests last weekend who took a stroll around the village to admire the thatched cottages. The 70 year old gentleman, a Bookie who was resting for a couple of nights here between Race Meetings, fell into a hole and badly hurt his ankle. He was unable to continue to his next race course (where he would have hoped to have earned a goodly sum) and had to return home to have his injury investigated. The Council is at risk of being sued!

To be quite clear about the location of the trees mentioned above: to the right hand side of Patrick’s Orchard, after turning from the High Street, adjacent to The Fox & Hounds Public House.