Reported via desktop in the Car parking category anonymously at 21:23, Wednesday 27 July 2022

Sent to Bromsgrove District Council less than a minute later 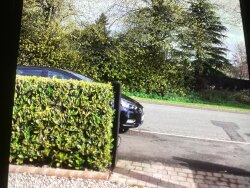 I continually have cars parking across my dropped kerb drive….and opposite causing me difficulty to reverse from my drive. I have had to call the police as I have been unable to get off my drive for several hours due to being blocked in. Reported to West Mercia who recorded it. This also affects my neighbours who have also made reports to councillor Adam Kent and have the same issues. This is due to Wythall Park House implementing a car park charge, and the public using the park facilities such as the tennis and Bowls club, Dog Walkers etc not wanting to pay the charges… It is particularly bad on the weekends when football matches are played, and when functions and craft fairs are held resulting in cars parked fully across the pavements and outside most residents houses.. This poor parking also obstructs your view when backing off your drive, and pedestrians and cars accessing the one way vehicular exit from the park..