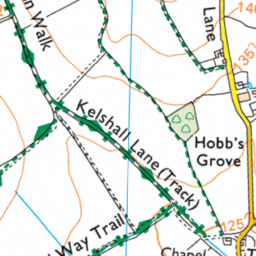 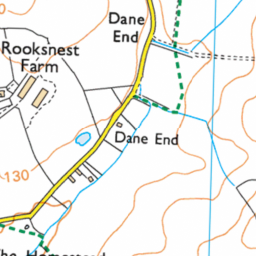 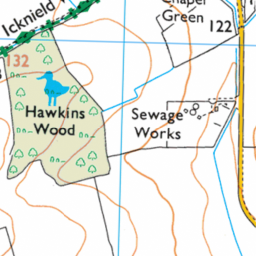 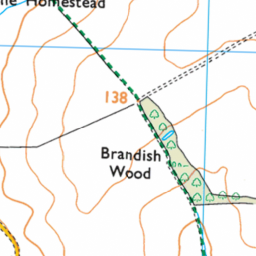 Reported via mobile in the Potholes category anonymously at 20:52, Fri 6 May 2022 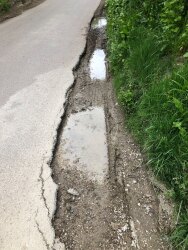 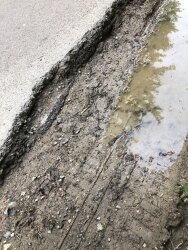 Damage caused by blocked drains in vicinity reported in November but not repaired. Vehicles approaching the blind corner are forced into pothole by oncoming vehicles.