Reported via mobile in the Flytipping category anonymously at 20:47, Mon 25 April 2022 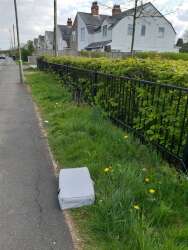 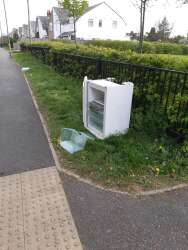 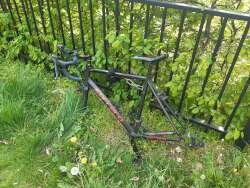 A freezer and bench were dumped on Barton Road a week or two ago but someone seems to have taken the bench frame since. There is also a bike locked to the fence - both wheels have been stolen off it. More rubbish has been accumulated a bit further down Barton Road, just past The Beeches.