The Litter Bin outside Peachcroft Christian Centre has vanished leaving only its base.

Reported via desktop in the Rubbish (refuse and recycling) category anonymously at 11:25, Thursday 17 February 2022 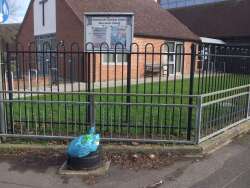 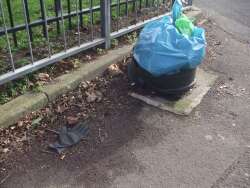 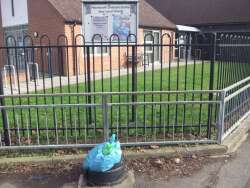 Black Litter Bin outside railings of Peachcroft Christian Centre gone,leaving only a base. Needs replacing/fixing. Adjacent Appleford Drive Council Play Area' Highway trucks seen in Park may have been brought to attention.