Reported via desktop in the Graffiti category anonymously at 10:39, Tuesday 15 February 2022 ; (there is no pin shown as the user did not use the map) 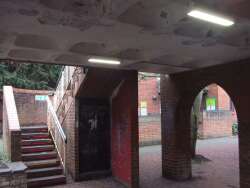 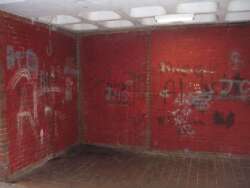 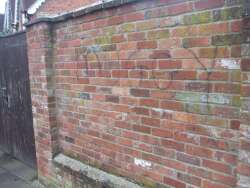 The Ceiling Paint is flaking off like snowflakes,the area is constantly smelling like an adjunct to the Public Car Park Toilets a few yards away,the walls are plastered with bizarre scribblings one of which can be made out to be the scrawled word 'Muggy'.The same 'tag''also appears on a private property wall at the Stratton Way Entrance to Park Road a few minutes away indicating a second site of Criminal Damage to private Property by Spray Paint. This vile area forms the main entrance annexe to both The Malthouse NHS Surgery & the Public Library.It is under constant security surveillance by the Guard at the door to The Library (CCTV via Smart Phone App)but the offences seem to be being committed outside of those hours.