Reported via desktop in the Rubbish (refuse and recycling) category by Up and Running Oxford at 16:10, Tue 18 January 2022 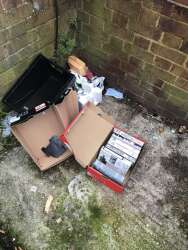 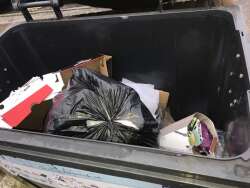 Constant household waste bin bags being emptied into commercial recycling bin and fly tipping of refuse left outside the bins.