Reporting locally but not being resolved

Reported via mobile in the Graffiti category anonymously at 08:58, Friday 14 January 2022 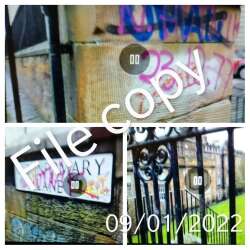 It seems that the FOI obtained by MSP said its under reported but actually it's who is responsible to sort it that seems the issue If its on private property then local authority say they have no powers to clean it up So it never gets cleaned up from so.e areas