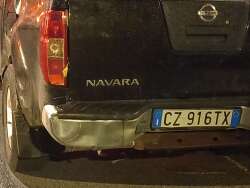 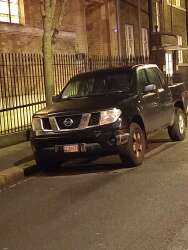 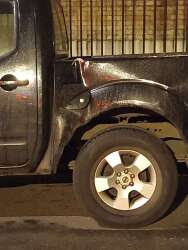 Has been involved in a collision, as it has been bashed on the laft side rear quarter.