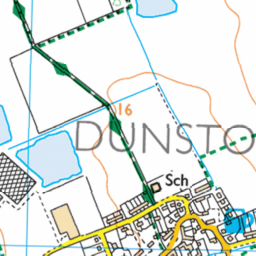 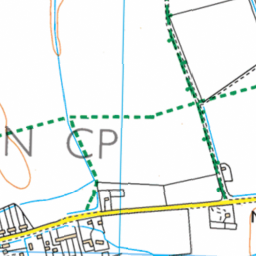 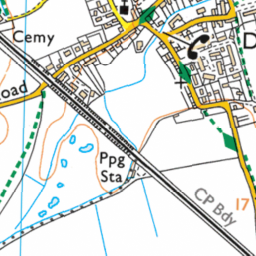 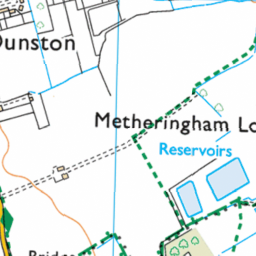 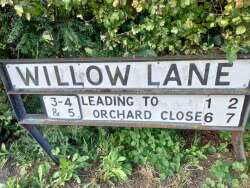 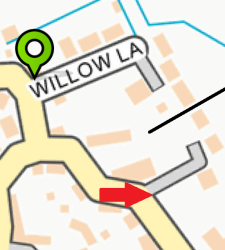 A new set of numbers have appeared on the willow close sign indicating that numbers 1, 2, 6 and 7 Orchard Close can be reached from willow close. They cannot, as Orchard close is split in two. Only 3, 4 and 5 Orchard Close can be reached from here. The second screen shot indicates with the red arrow where the leading to 1, 2, 6 and 7 numbers should be. The screen shot also shows a black line indicate where the physical separation is between the two parts of Orchard Close.