Previously damaged manhole cover was covered woth tar a few weeks ago - now broken up, tar bits all over the pavement and hatch is flexing every time a vehicle drives over it

Reported via mobile in the Potholes category anonymously at 21:47, Wednesday 6 October 2021 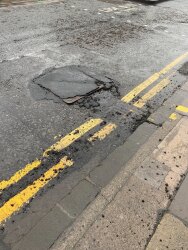 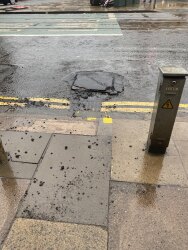 Manhole cover damaged, subsequently covered by contractors with blob of tar about 4 weeks ago. Not sealed at the edges or flattened. Now it has broken up again revealing metal cover beneath which is damaged and flexing loudly each time a vehicle travels over it and splashing water into the pavement and any pedestrians unlucky enough to be passing.