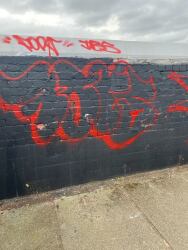 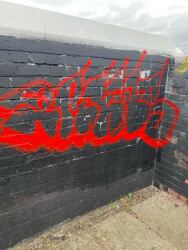 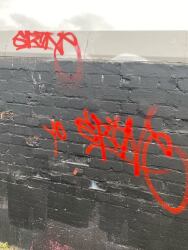 Large red, blue and, yellow Grafiti tags on bridge between green lanes and Sheffield road that runs over the train track, it is public footpath/right of way. Approx 12 separate tags of graffiti