Reported via Android in the Traffic lights category by Michael inman at 20:05, Sunday 11 April 2021 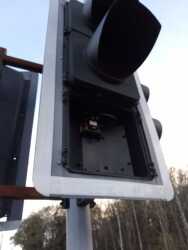 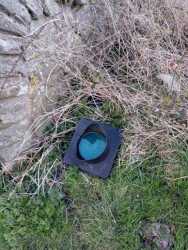 The green light from the crossing on the set of traffic lights has been broken off. I've found the light in the park and placed it by the damaged traffic light.