Reported via mobile in the Roads/highways category anonymously at 16:11, Tue 16 March 2021 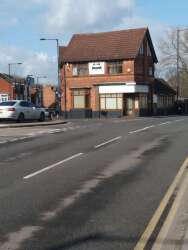 I nearly got run over hearing the noise of cars driving over this loose drain cover and being disorientated by it. it has been reported six weeks ago apparently but i only heard it so loud today crossing by the railway bridge further up. was reported as annoying but for some it is a hazard. i have sensory issues and it was loud even through my ear defenders. if you have poor vision or sensory issues that kind of thing is a problem esp on a busy road with no pedestrian crossing because it isnt a normal traffic noise. (also why electric cars are a problem). i understand you can't fix every disruptive noise. but you can fix this one. i reported separately because it will be lower priority if you think it is just irritating a few residents. i think it is loud enough to distract drivers and it's a tricky bit of road where accidents can easily happen.