Conifer trimmings left on side of footpath

Reported via mobile in the Flytipping category anonymously at 13:05, Monday 15 March 2021 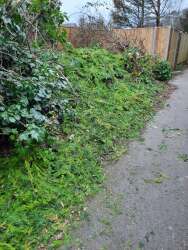 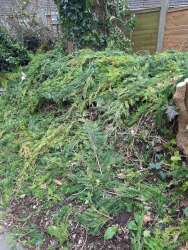 The conifer trimmings appeared on Saturday 6th March 2021. Someone had trimmed their hedge and left trimmings on side of footpath. The trimming are escaping over footpath now.