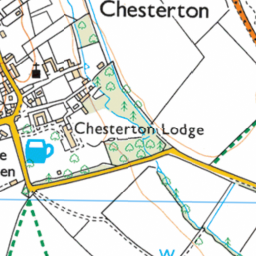 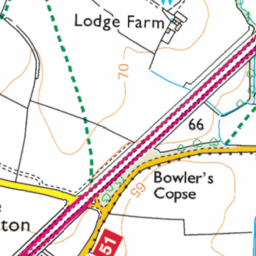 Lots of fly tipping which appears to have been there a long time suspect it was from when the caravans were parked there and and missed during the clean up operation . Now the trees have no leaves it is a lot clearer and there are used nappies! 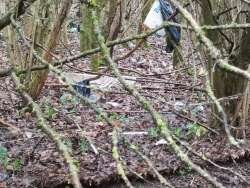 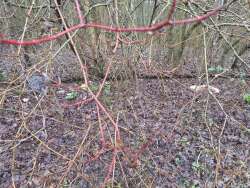 It is the old slip road which goes onto the A41. Caravans have previously been parked here. Lots of debris in the trees!