No road markings for Bus Stop

Reported via desktop in the Bus stops category anonymously at 17:30, Wed 18 November 2020

Sent to Halton Borough Council less than a minute later 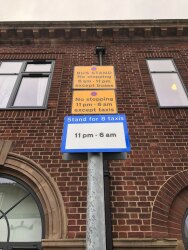 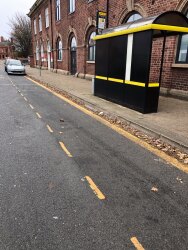 This bus stop has no demarcation at all. There's a taxi bay for 8 cars which run alongside (before and after the bus stop). Publicly parked vehicles frequently use this area and it can obstruct a bus from safe boarding / alighting positioning.