Over grown greenery and lighting

Reported via mobile in the Street lighting category anonymously at 20:23, Wednesday 14 October 2020 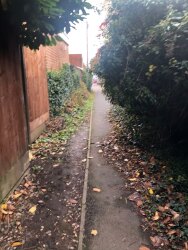 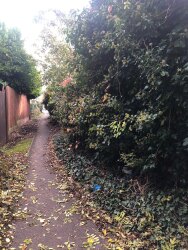 We have a alleyway which leads from Dalbury Rd onto Scribbers Lane.

This is used often but has no lighting which makes or really dangerous especially as the late nights are coming but also issue is the very overgrown bushes which makes it difficult to walk.