Reported via iOS in the Roads/highways category anonymously at 11:34, Friday 28 August 2020 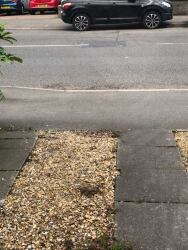 I reported this to Birmingham City Council back in February and still nothing has been done.

I have called twice since lockdown eased and still it’s not been fixed.

The noise, day and night, with it being a main road with every passing vehicle, is awful.