Nothings changed in 3 years .. I get a emai to say the problem has been resolved but someone dumped a tv on the grass at the end of my street 4 weeks ago and it’s still there .. so how you can email me and say problem resolved ?? By who ?? It’s a absolute joke .. I’m going to take this further Getting everyone on board and withholding our community charge after all it’s your job to clean our streets

Reported via iOS in the Pavements/footpaths category by Roger graham at 20:21, Tuesday 9 June 2020

Sent to Blackpool Borough Council less than a minute later 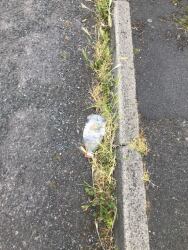 At the end of my thether with Blackpool council . They favour one postcode over another