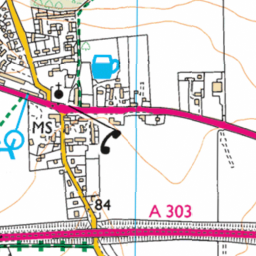 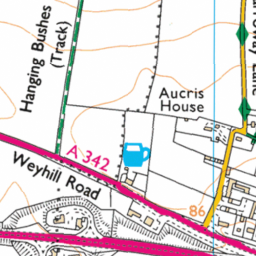 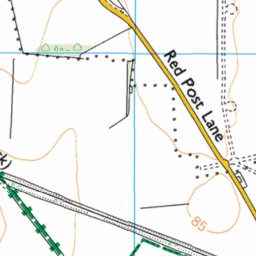 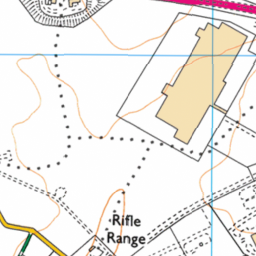 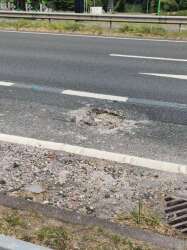 Large pothole on the sliproad to weyhill services traveling west. This pothole is deep with a sharp front edge which could be very damaging to tyres, especially as it would be hit by people decelerating from A road speeds. It caused by small city car to bounce alarmingly, even though I mainly avoided it as I saw it just in time to avoid the worst of it. I do not know how long it has been there, but given its size I do not believe that this is fresh damage.