Reported in the Abandoned vehicles category anonymously at 21:56, Saturday 7 March 2020 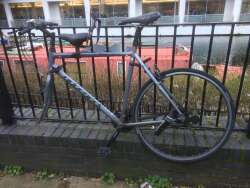 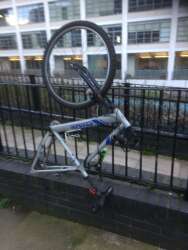 Two abandoned bicycles are locked to railings. They are missing a wheel (presumed stolen). They are beyond the end of Baldwin Terrace, on the path that leads to the canal.