Reported in the Flooding or standing water on road category by David Whalley at 10:36, Sun 16 February 2020 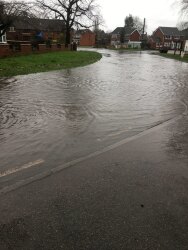 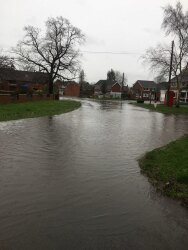 Blocked drain previously reported on 13th December reference 505690. Work was done to unblock the drain but that was ineffective as with the first major downpour the whole road and the adjacent footpath is once again underwater. If the drainage system could be cleared effectively there would be no reason for the water to then accumulate.