Reported via iOS in the Street cleaning category anonymously at 17:11, Saturday 18 January 2020 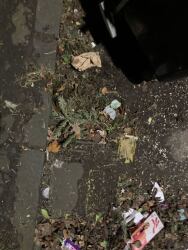 Having reported this problem previously, I was informed on the 12th January that it had been resolved. Obviously not. This drain has been blocked for years causing localised flooding when it rains. In fact most drains in Arden Street are now blocked. Do the council not routinely check and fix blocked drains ?