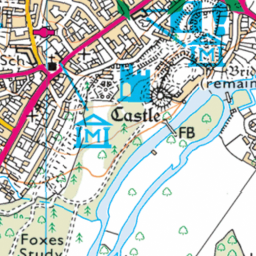 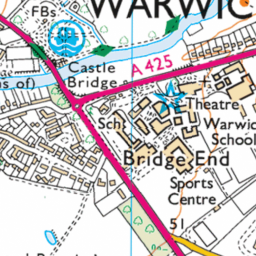 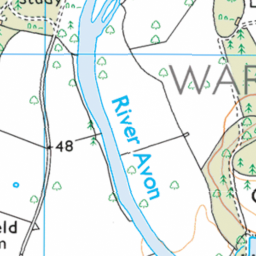 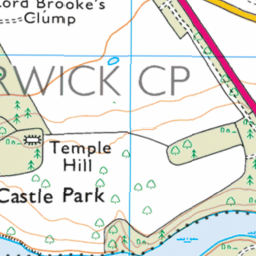 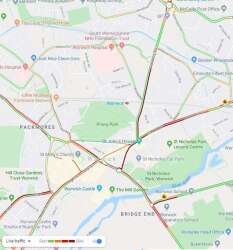 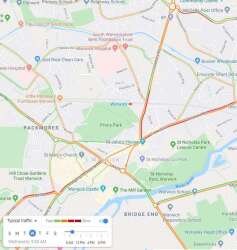 Since the return to work after the Christmas holidays, Warwick has been totally grid-locked during the morning rush-hour. The cause seems to be the new traffic lights recently installed outside Warwick Prep School, Banbury Road, Warwick. The delay caused by those causes a tailback to form across the roundabout at the St Nicholas Church Street/Castle Hill junction, which then prevents traffic exiting St Nicholas Church Street, which then causes it to tailback past the junction of Coventry Road/Coten End, which in turn blocks traffic exiting from Coventry Road, which then causes it to tailback to the Woodloes roundabout, which then prevents traffic exiting from Woodloes Park.

I have attached two Google Maps screengrabs - one of what they call "typical traffic" for Wednesdays at 9am and one for the actual traffic today (Wednesday 8 January 2020) at 9am. You can clearly see from the traffic speed colouring (black=stationary, red=very slow, orange=slow, green=free flowing) that it all hinges around the delay caused by the new Warwick Prep School traffic lights.