Reported via iOS in the Rubbish (refuse and recycling) category anonymously at 09:25, Thu 19 December 2019 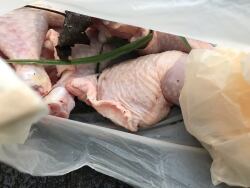 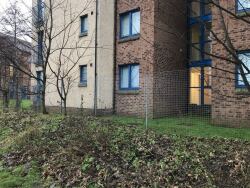 Food is regularly being dumped on the public path side off the fence. This morning several large parts of raw chicken were found. The risk to our pets and wildlife of serious illness on congesting food is worrying and I’d be most grateful if you would take steps to prevent this happening again.

Food I have collected recently from this area: raw chicken portions, full portions of takeaway food, Naan and pita bread, full loaves of bread pierces in to tree branches.