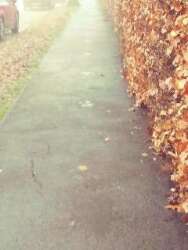 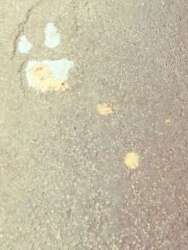 Dog fouling on the pavement as you turn right out of the Thorns school gate. Spread along the pavement for quite a number of yards.