Reported in the Flytipping category anonymously at 10:58, Fri 29 November 2019 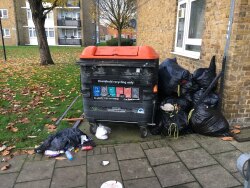 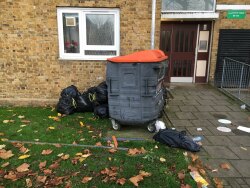 There have been several bin bags of household waste and other waste such as old blankets dumped by the recycling bin in front of block 4 on Aboyne estate but it has not been collected by the bin men when they have collected the other bins. This has been there for 5 days now and rubbish from the bags is being spread over the pavement by foxes etc.