Bags of rubbish dumped at end of alley 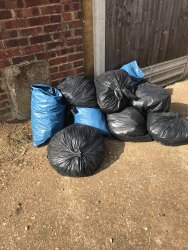 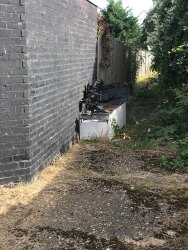 Large number of rubbish bags have been dumped at the bottom of the alley between 26 and 28 Stanford Road. There is also an abandoned fridge and the front bumper of a car just down from the bags.