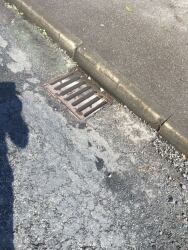 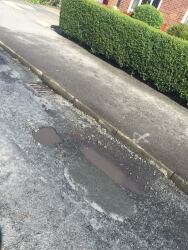 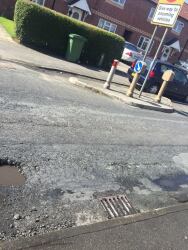 These two blocks roadside drains have both been blocked for over 18 months. Four reports later and still no action. Now the road surface is seriously potholed and breaking up and being made worse by the traffic calming island forcing traffic both sides to drive over the damaged road. Pedestrians are having to watch either way before passing and the road surface is all over the pavement. PLEASE CAN SOMEONE ADDRESS THUS BEFORE THERE IS A SERIOUS ACCIDENT