Reported via Android in the Flytipping category anonymously at 16:30, Mon 17 June 2019 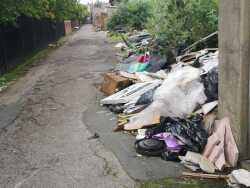 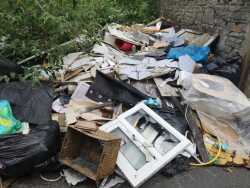 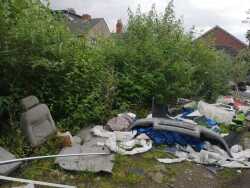 I have reported this fly tipping several times over the past two years. The problem is getting worse and there are now families of rats living amongst the rubbish. The builders at number 127mackintosh place have just dumped the entire contents of their waste on top of the existing rubbish, they have just converted the attic and you can identify the waste as it matches the materials used on their roof. Something needs to be done as this is becoming a popular dumping ground and quite often the lane is not passable.