Large amount of rubbish bags on footpath near to communal bins

Reported in the Rubbish (refuse and recycling) category anonymously at 14:42, Thu 6 June 2019 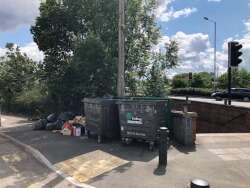 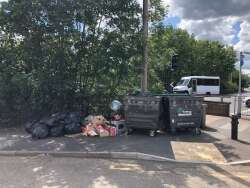 The bins are communal for residents on Rectory Parade and are placed on the pavement near to the underpass. Someone has dumped rubbish and bags by the side of the bins and the refuse collectors do not remove it. It has been here for more than 3 weeks.