Reported via Android in the Parks/landscapes category anonymously at 21:48, Sun 2 June 2019 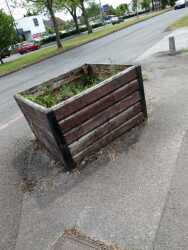 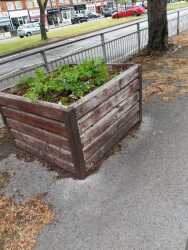 Two raised planters look to be in a terrible state. There are no plants in them at all, just weeds. New plants need planting.

Also, the raised planters aren't in great shape. At minimum they need repainting and ideally replaced.

Look forward to hearing from you.