Bins being used to save car park space

Reported in the Parking on street category anonymously at 16:43, Fri 31 May 2019 using FixMyStreet Pro 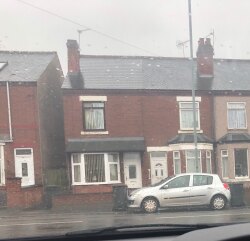 The same household have been doing this for months. Getting parked on a main road is bad enough without people putting bins in the way. Wednesday I watched the above car pull over, beep his horn and someone from the house came out, moved the bins for him to park and then put them around the car. If this is the case, I will start doing this with my house then to ensure I get a car park space instead of having to park either all the way down the other end of the road or on a different road! It is one of the houses from 54 onwards. I’m sure if you visited you’d see which house it is as the number is on their bin.