It’s a drain that is damaged, been covered, but cover all broken with the buses going over it, it’s a busy street, 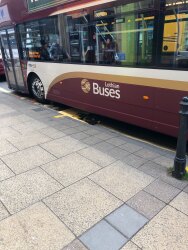 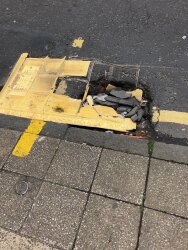 It’s a drain that has been covered, the cover is all broken up with the traffic. Mainly buses pulling up to the bus stop, it’s is getting worse