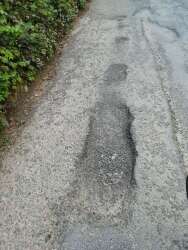 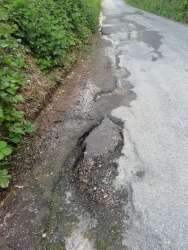 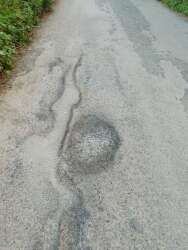 These pot holes have been here for over 2 years and the response from the council was that they would keep reviewing. One day a cyclist is going to get seriously hurt even killed trying to avoid these and heading straight into oncoming traffic