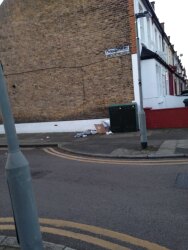 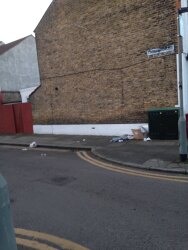 Around virgin media exchange box it's rubbish scattered around the pavement at the same spot where normally bags of rubbish has been dropped photos taken on the 12th of April 2019 at 6:15am