Reported via Android in the Roads/highways category by Thomas Cantwell at 07:26, Sat 23 March 2019 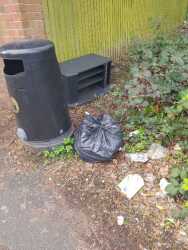 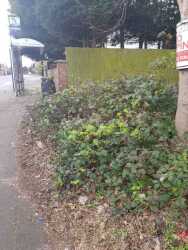 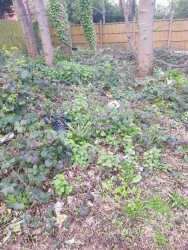 Fly tipping around the bin area by bus stop and in undergrowth behind owned by BCC. The overgrown hedging is also coming out on the road and needs to be cut back.