Reported in the Rubbish (refuse and recycling) category by Alan Stanton at 16:27, Thu 7 March 2019 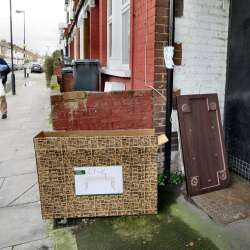 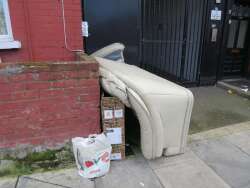 Rubbish regularly dumped outside entrance to Heathway Villas, Dowsett Road N17. 1st photo above 4 March 2019. Second photo 5 March someone had added a couch and a plastic bag with more rubbish. Another resident walked by on 7 March said the rubbish still there.