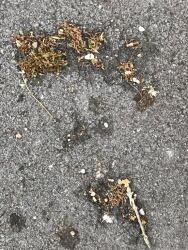 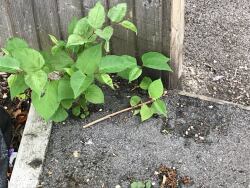 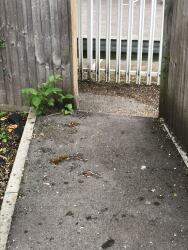 This location is on a public footpath between Boston Drive and Edwards Court in Bourne End. Japanese knot weed is sprouting some of it breaking through the tarmac. If not dealt with this will spread through sprouting and plant particles being transferred in shoe treads.