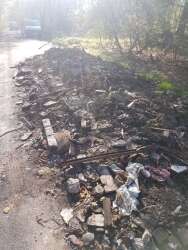 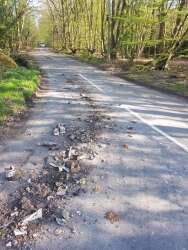 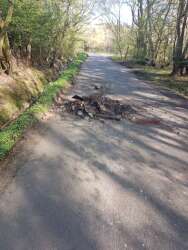 Rubbish has been dumped on various locations along Woodhouse Lane and then onto Pembrige Lane too. The roads are now dangerous and cars can barely pass by. This has happened between late on the 18th and early on the 19th April