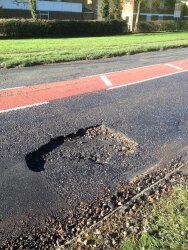 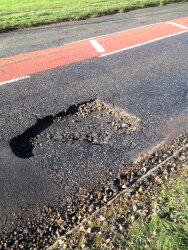 I drove over this pothole and both near tyres burst. I do not know how long the pothole has been there.