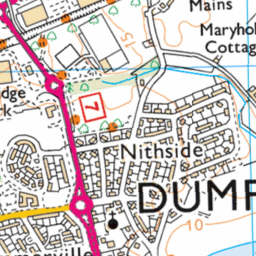 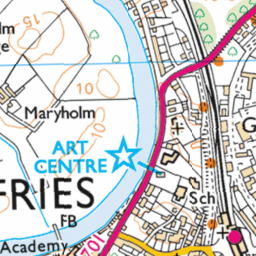 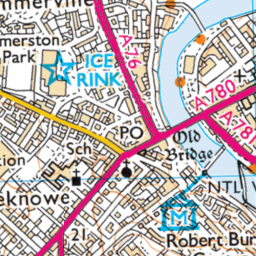 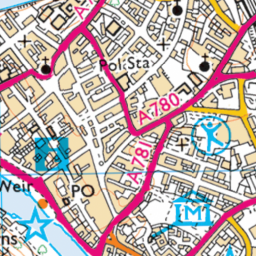 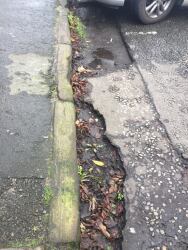 Large potholes in road next to pavement causing some cars to bottom out with their undersides getting caught on edge of pavement when parking.