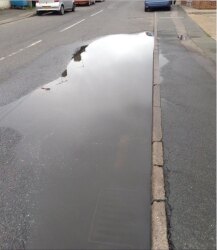 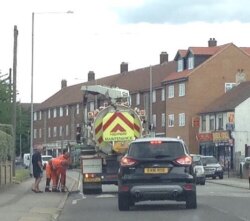 At the entrance to Cement Block Cottages there is a block Drain/Gulley. I have reported it at least 8 times since the 16th September on here and on the Thurrock Council Site, I have all the Job Codes I was given, from 611641 up to 677511 and reported as actioned or sent to Highways Dept. This weekend heavy rainfall, the puddle was right across the road again.