Reported in the Abandoned vehicles category anonymously at 09:35, Thu 15 June 2017 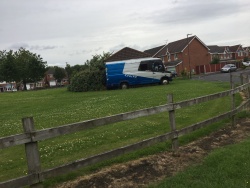 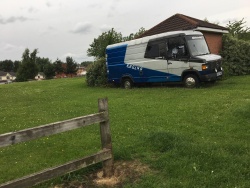 This van has been left on a public green for a considerable period of time and has basically been left to rot. The tyres are punctured and at least 1 window is broken. I think it may belong to a local resident who doesn't want to park it on their own drive or pay road tax. I'm concerned that this could be a hazard to children and / or pets, as well as being a general eyesore