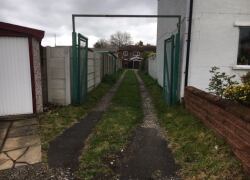 Despite there being 4 burglaries and an attempted break in in our area all via the rear of the properties 2 anti social neighbours refuse to close the gates , their selfish behaviour puts somewhere around 50 properties at risk , is there anything that can be done to stop this ?